Hey everyone! I hope you are all doing well and your week is off to a good start! This is the third week of the Women’s Month Series and I’m so happy with the last two posts so if you haven’t seen them, make sure you do!

This week, I decided to have a question and answer session. However, instead of me answering them, I decided to bring along and introduce you to two extremely lovely and talented people, Bolaji Gelax and Delyse Gimani. A little background? Sure.

END_OF_DOCUMENT_TOKEN_TO_BE_REPLACED

Hey everyone! Welcome to this week’s post and to the second entry in the Women’s Month Series. Today is 8th March and the world is celebrating International Women’s Day. Happy Women’s Day to all you lovely women!

END_OF_DOCUMENT_TOKEN_TO_BE_REPLACED

Hey everyone! Happy new month. I hope March will be a good month for all of you.

END_OF_DOCUMENT_TOKEN_TO_BE_REPLACED

Last week, I introduced the Women’s Month Series for the year: The_Woman. I also mentioned that in the next two posts, from that date, I would be highlighting two women who inspire me so much and who I want to celebrate publicly. Today, we celebrate The Ambitious Woman.

Meet Masiliso (shown in the pictures). Everyone who knows her probably calls her Masi. How do I know her or how is she in my life? I met Masiliso in high school and we have been inseparable since then. Masiliso is a Civil Engineering Student in Russia, a You-tuber, a Model, a teacher of English and the CEO of  Bossish, which you will be hearing about soon. The first word that always comes to mind when I have to describe Masiliso is Ambitious. When I asked her to describe herself in one word, she described herself as a goal-getter.

Masiliso getting into the modelling industry never looked like anything serious to me. She took part in the beauty pageant when we were in high school but I always thought it was just something she did because she simply wanted to or because she could. Surprisingly, since then, and since moving to Russia for school, Masiliso has taken advantage of her position there and has taken part in so many campaigns, modeled for so many different brands and has even gone as far as taking part in Miss Africa Russia. She has done so many TV interviews and I honestly didn’t think I could be more proud of her but she always proves me wrong. Of course it hasn’t been an easy journey but we are glass half full type of people.

Her YouTube journey is one I’m also excited to watch. I imagine it must be hard to juggle school, modelling, teaching and then also ensure you create content for your YouTube channel. I know it hasn’t been the easiest journey for her but she recently managed to get her channel monetized and she’s so happy about that. She also took advantage of the fact that she is in a country where English is not the official language and started offering to teach English at a fee, of course.

For me, Masiliso is the definition of a woman who will use what she has around her, no matter how small it is, and turn it into something big and something that works for her. She really is a goal-getter and I’m always inspired by her whenever she updates me or tells me what’s going on in her life.

I decided to ask Masiliso a few questions for this blog, which I regretted for 2 seconds because her answers were really long but I’ll still share them with you:

Why did you choose to go down the path you did? Juggling all these careers at once.

“I felt like I wasn’t doing enough and I wasn’t sure what would turn out of any one of them. At the same time, I enjoy doing them. They are able to work parallel to each other without being successful enough. For example my YouTube and modelling because I can get my modelling experiences and film them and they would help my YouTube channel grow. I’m not sure which one will give me the best results in the end because that’s the worst thing for me, being uncertain of my future and so I decided to do all this. There’s more I would love to do like music and acting. However, someone said to me recently a jack of all trades is a master of none. So I decided to pick what I’m enjoying and doing the best now, grow it and then when I’ve built a name, I can pursue all these other things. That’s how it works for Beyoncé. She built a platform for herself and now she can be an actress and she can rap if she wants to.”

My favourite question to ask. What advice would you give your 13 year old self?

“I would tell my 13 year old self to start doing something. Sometimes I feel had I started early I would have been much further in my journey right now. I see people who are making it young like Marsai Martin but I understand that in my set up, the way I grew up, it was definitely hard and almost impossible for me but I would definitely tell myself to start earlier.”

What is the most exciting thing you’ve done in this stage of your life so far?

“The interviews have been the most exciting thing because it felt like it was no longer just me on my own, trying to grow, trying to make things work but it was other people acknowledging my hard work.”

What would you like to say to anyone who reads this?

“Try. There’s so much we lose out on by not trying. Listen to yourself. If you feel like you need to give something a shot, go ahead and try. If you fail, then you know that it isn’t for you and you learn and pick up from there. If you don’t try then you stay with regret and guilt. Go ahead and do it. That’s one thing I always live by. There are so many projects or ideas of businesses I have had and all of them were just ideas until I tried. Some of them worked and some of them didn’t. That’s exactly how I have come this far. Through trying.”

In the spirit of celebrating women, is there anything specific you want to share to the women?

“Just because of where I am in my life  and I have been doing a lot of learning , I would like to say be unapologetically feminine. You are a woman for a reason. There is a reason God made you a woman so wear that crown and be that queen or princess. Just be feminine.”

Masiliso inspires me through her actions mostly. We don’t talk everyday but I see her working and doing a hundred and one things but still able to stay on top of her academics. She speaks very impressive Russian and I believe she should be cast in a spy movie.

So why did I choose to tell you about Masiliso? To you everything I’ve said may not be significant or worth sharing but I’ve known her for a fair amount of time and I have seen her work so hard to get to where she is. I always tell her how proud I am of her and I hope when she reads this, she will realise that her hard work is not in vain and she is building a very strong brand. She stepped into a world that was not hers and managed to firmly plant herself in it and now she is growing. Slowly but surely.

Everyone sure does take different paths in life. I’m not into modeling or fashion like she is but the leaf I’ll always take from her book is to be ambitious, be a dreamer, work extremely hard and don’t be afraid to try new things. The world will know her name.

Two years ago, I did a blog series called “Queen Culture”, honouring women all over the world. If you would like to read that again, or read it for the first time, click here!! That series inspired me to do another one for this years Women’s Month. This year, this series is called “The_Woman”. The underscore simply serves as a space for you to describe yourself. For example, “The Hardworking Woman”, “The Hustling Woman” etc.

In today’s blog, I decided to put together a few of my favourite quotes, verses, and writings that uplift women. Hopefully, you find some you like and can add to your list of motivational quotes.

I hope these quotes can give you an extra push when you need it or inspiration when you need it. In the next two posts, I highlight two women in my life who inspire me so much and I break down exactly why I am inspired by them, hoping that you can also learn a thing or two from them! 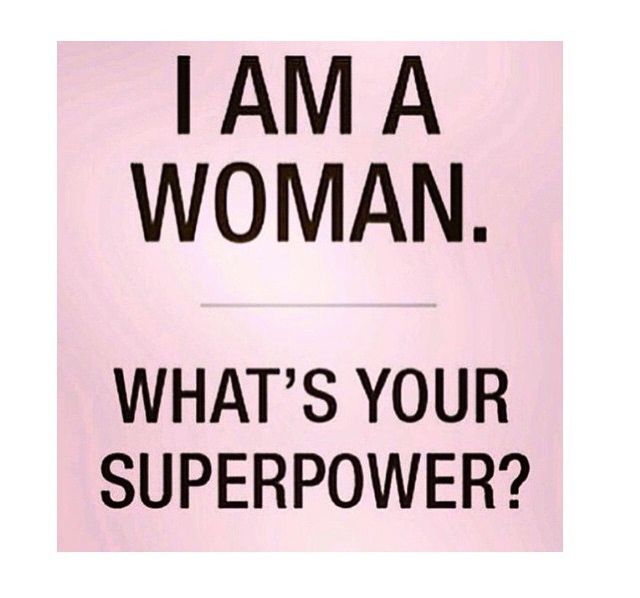